Congratulations to all of the students who represented our kura last week at the South Zone cross country. This was held last Tuesday at Halswell Quarry. We had 24 students from our hub, and according to Jenny and Nigel they did a fantastic job of displaying our school value of  'We love challenge'. Special congratulations and good luck to Kever Thorley and Josh Breitmeyer, who have qualified for the Canterbury cross country competition. 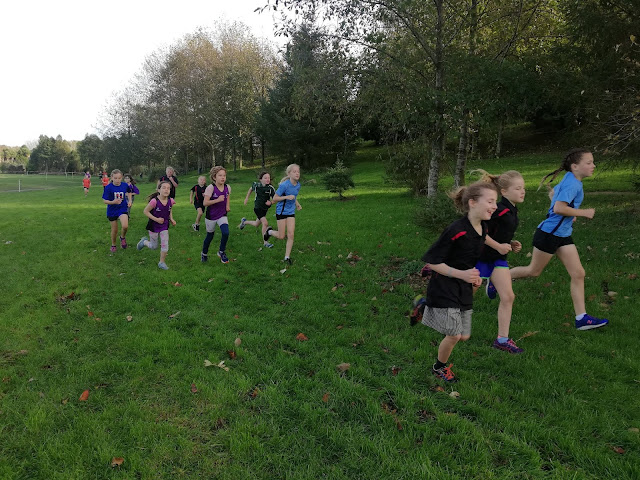 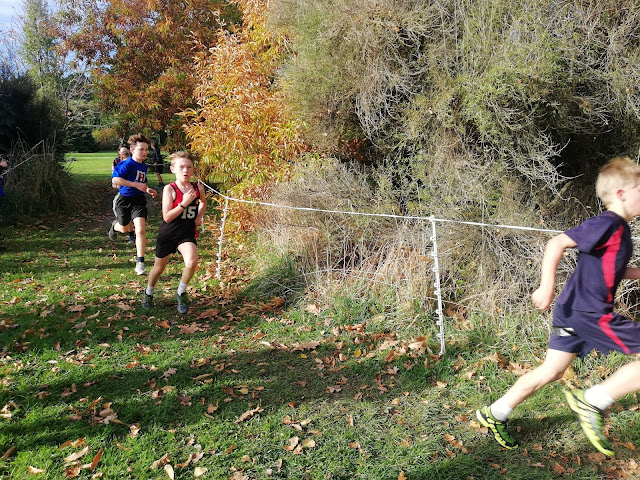 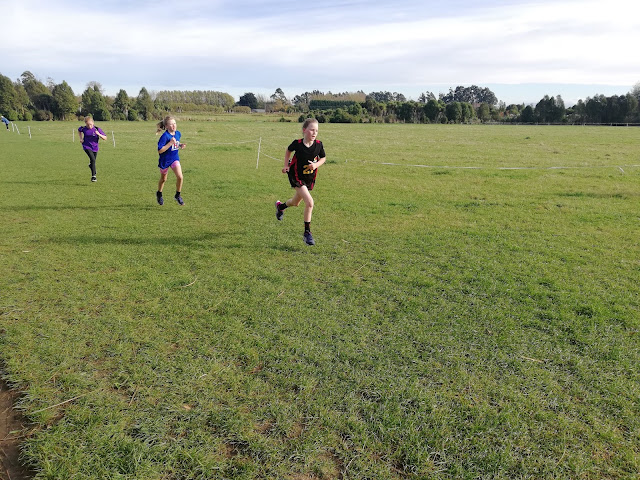 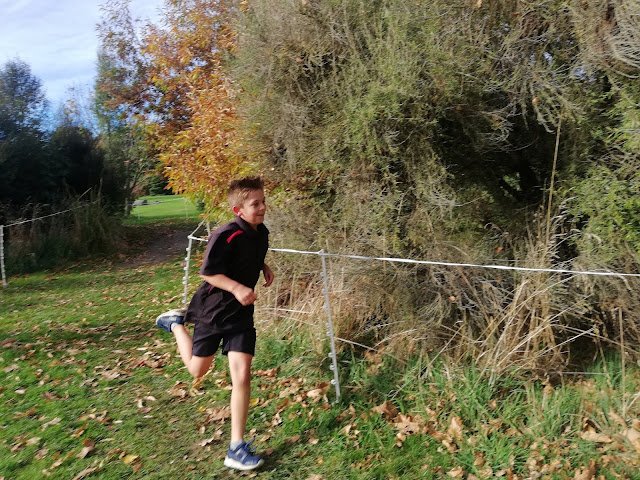 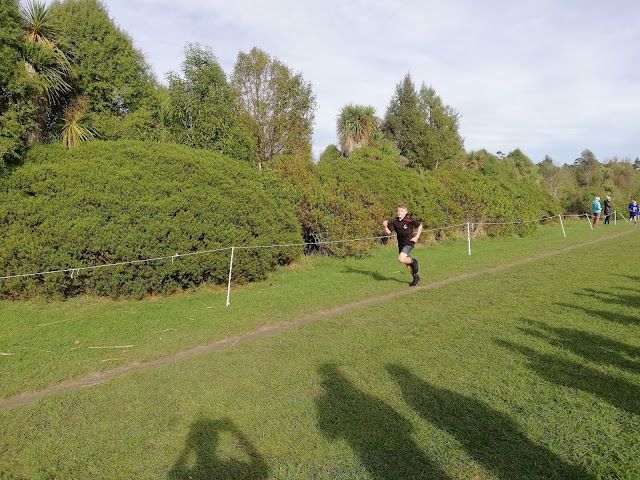 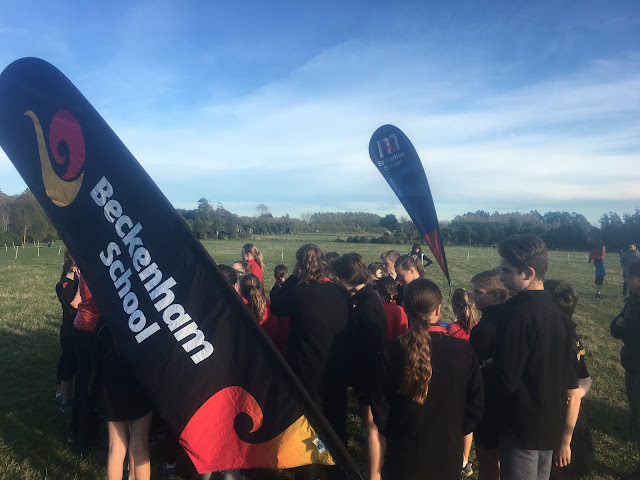 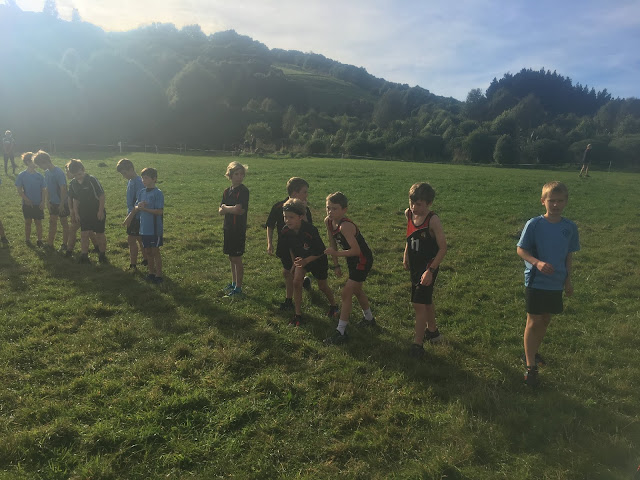 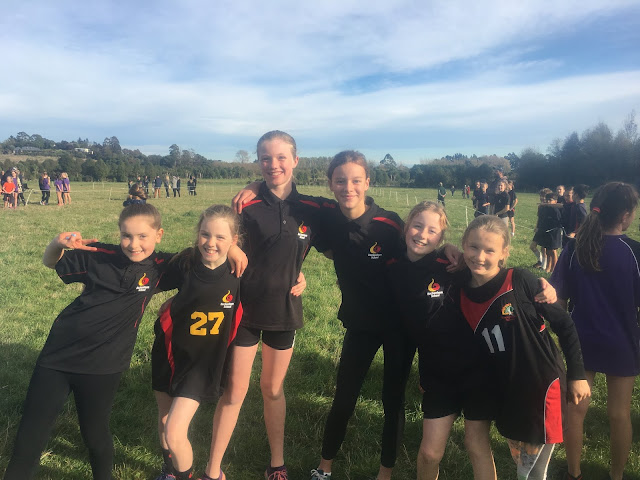 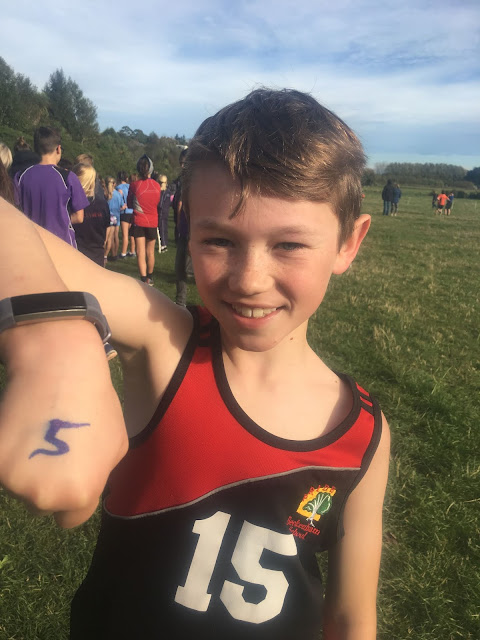 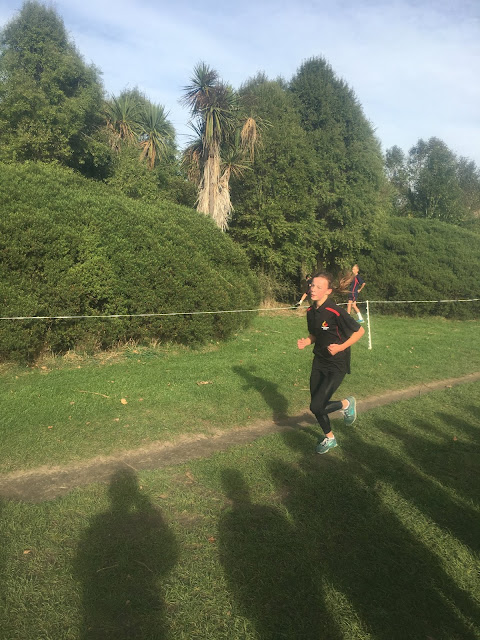 The Christchurch School Strike 4 Climate Team have notified us that there will be another student strike for climate change on this Friday.

In a bid to recognise the advancements that need to be made another strike will occur on May 24th from 1 pm in the Entertainment Triangle in North Hagley Park. We invite school students, teachers and staff to attend the strike in support of a local, national and international change to the system in order to ensure the future generations, the youth of today, and the leaders of tomorrow, will inherit a livable planet.

The end of this week sees us finish our current writing topic on emotion. If you have yet to read your child's piece of writing, ask them to share it with you, or show you, through Google Docs.
Here are some more examples of fantastic writing:

My stomach tightened with nerves as I led the pony to the mounting block. I stepped onto the block while someone else held the pony still. I put my left foot comfortably into the stirrup and bounced into the saddle. I screwed up my face in fear, if the pony moved but he stayed still. I aimed to get my other foot in the stirrup but I missed. I aimed again and got in. Phew. It reassured me that both my feet were in the stirrups. The pony felt enormous to me but he was tiny. I was only seven! I took a deep breath. “Are you good up there?” the helper asked. “Yup,” I said hesitantly. The truth was, I wasn't ready, but how do you learn without doing it? The teenager clicked on the pony and he walked forward. I wobbled around, trying to keep my balance. By the time we got to the round pen, I had found my balance. I never thought that animals aka horses are so comfortable to sit on! She led me around the small round pen, while we waited for Bonnie. When Bonnie and our instructor came, we kept being led around the pen. Then the instructor asked if we wanted to ride without being led. I felt my butterflies in my tummy as the teenager walked beside me but didn't hold me. We learned to turn, go, and stop, and then we played a game of sneak up granny. Of course, I won! I started having fun and relaxing, as it was only Bonnie and me in the lesson. It was soooooo much fun, and now I get riding lessons/pony club.

The last name gets pulled out of the bucket, but it isn’t me. Applause thunders through my ears as the challenge gets announced. You have to eat an eyeball, eeeeeww!!!! It sounds gross but I still want to do it. I hear that there are still more eyeballs to be eaten, so I shoot my hand up straight away. Katie is coming with metal tongs plopping sticky eyeballs into people's hands. I am getting even more excited. As she comes  closer and closer she gets to me and drops a sticky, squelchy eye ball in my hand waiting there

I walk up to the humongous line of people waiting to eat the eyeball. Once everybody who wants to do the challenge has an eyeball to eat my anxiety kicks in. Then the countdown starts: 5,4,3,2,1! I hesitate for a second then reluctantly stuff it in my mouth. It tastes revolting! I am disgusted. I instantly ask Rae if I can get a drink from the drinking fountain by the classroom. She says yes so I race over as fast as I can. I have never run this fast, not even in cross country. Sluuuuuurp, I drink as much as I can to try to wash the taste out.

The water just makes it worse. Now I feel nauseous - worse than ever. I go back to the line to be applauded for the task I have achieved. Now I am grateful that I have done it.

I clung to the side rail as we entered the dark gloomy cave. The only noises I could hear were screeching tracks, screams and trickling water. As we walked down the wet path I saw broken bars and caution tape. Now I was getting scared. Eventually we got a cart. I jumped in. Finally I thought.

Erch, the cart screeched up the track then when we got to the top of the hill edge we jerked to a stop. I felt worried. What if the track was broken? But that was exactly what the ride wanted me to think because next screech the cart wheeled down the track at top speed. Ahh! Where is this going? Curving, wurving, up, down, left, right. Then suddenly the cart dropped down and we splashed through a giant curtain of water. Woosh! It was over.

I got out of the cart sopping wet, took off my dripping headband and jersey and wrung them out. I looked up at Dad and asked him hopefully, “Again?”

Today, just before lunch, we were very privileged to have the Rt. Hon. Jacinda Adern visit our school. She was here to speak with Lucy Gray and 5 other students from surrounding schools about the Climate Change Strike happening tomorrow. It was all very exciting, and a great experience for the students to see, hear and speak to our prime minister up close! 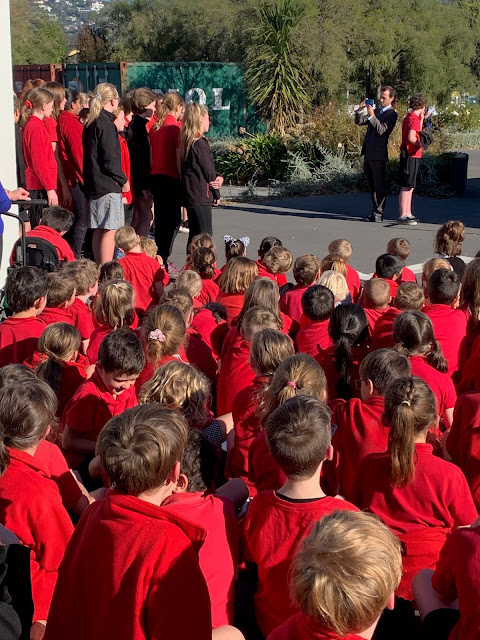 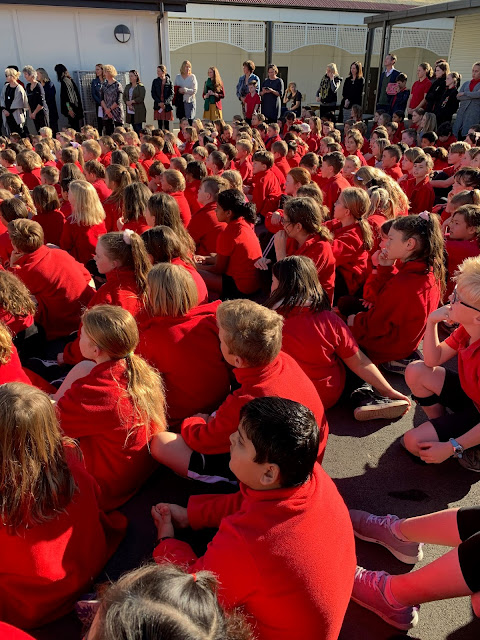 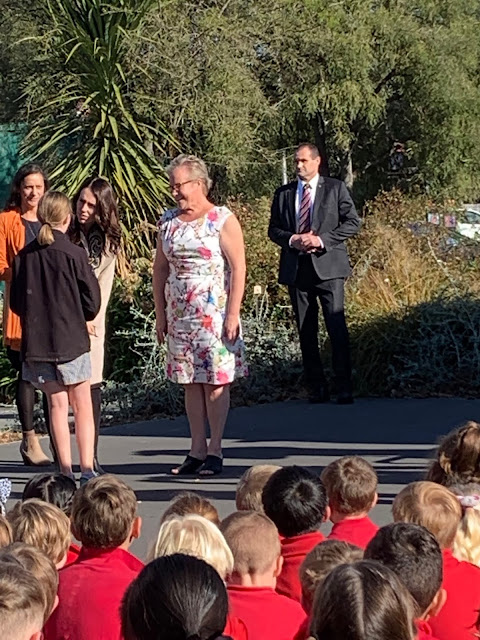 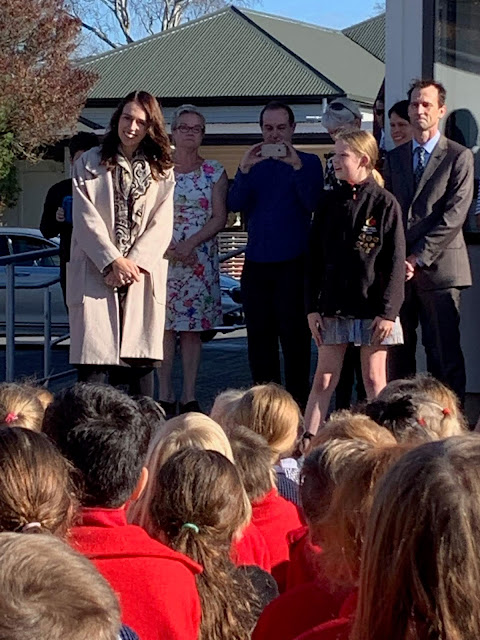 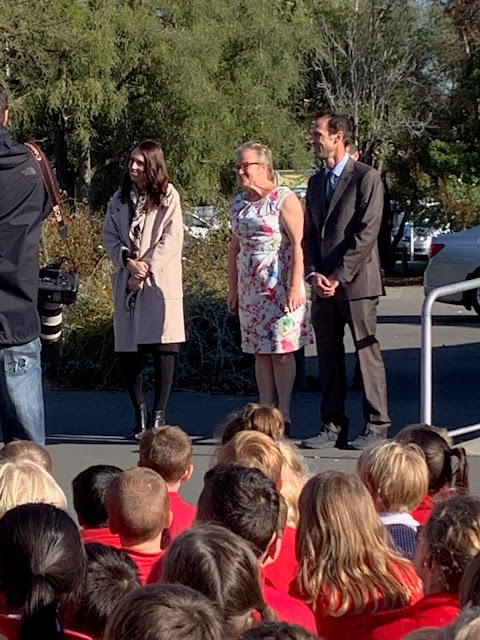 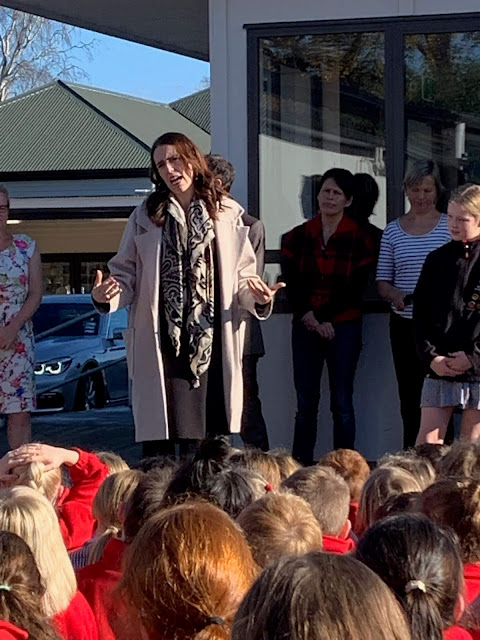 Posted by Tracy Inwood at 1:25 pm No comments:

Last Wednesday, our team participated in a writing motivation called Fear Factor. The whole team was outside on the basketball court, ready to participate in some challenges. Names were drawn out of a hat, and there was the opportunity to agree to participation or not, before knowing what the challenge was going to be. It was a bit scary!

The activities were:
Egg Smash - smash an egg on your head. Did you get a hard boiled egg, or was it raw?
Frozen toes - who could get the most marbles out of a container of ice with just their toes?
Eat an eyeball - who was brave enough to eat an eyeball? (lychee, strawberry jam and blueberry!)
Fly fishing - how many flies could be picked off a pile of worms? (currants and Spaghetti)
Pick 2 - pick 2 cards to see which combinations of the following foods you have to eat - chocolate sauce, mustard, 100s and 100s, sardines and hot Japanese peas.

Much fun was had. Many emotions were felt - anticipation, nervousness, disgust, fear, excitement, glee, shock. This was the idea! The piece of writing the students are currently working on is all about an emotion. They are to write about an experience, event or idea, through the lens of an emotion. When the reader reads the piece of writing, they should be able to pick which emotion the writer is experiencing due to the vocabulary, build up and phrasing. If you would like to read what your child has written so far, they have been writing on Google Docs, which means you can view the writing at home. 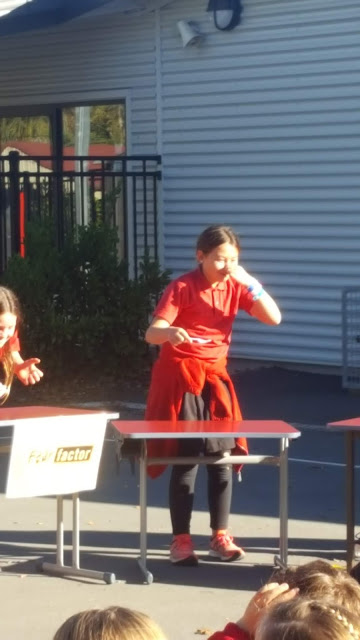 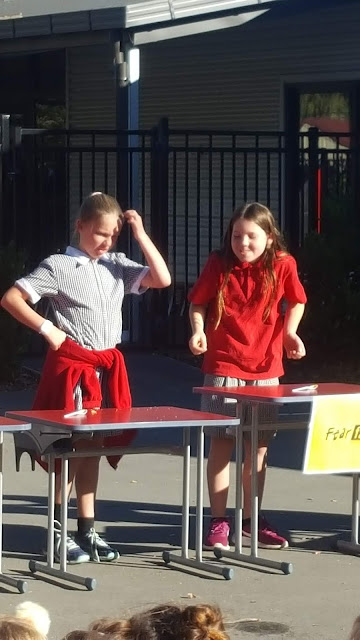 Bright colourful balloons were dotted around the garden. A  beautiful unicorn pinata was hanging on the small oak tree, a metal baseball bat was lying on the lush green grass beside it. As my friends started strolling through the gate, their heads cocked to the side while they admired my party layout, I felt myself jumping up and down, itching to start the party.
Introduction by Grace Howard

I felt like wearing black. In the morning, everything had seemed cloudy, and dismal. Under my crusty uniform I wore black. Everything seemed to irritate me. The day just didn’t feel 100%. Why did we have to go to school? Then I probably could have spent more time with my beloved.
Introduction by Ava Howard

I sat on the grassy field trying to hide the fear that was quickly building up inside me, as I thought about the horrendous cross country. My whole body was shaking vigorously as I waited for the first race to begin, which would remind me how terrifying my race would be. The butterflies in my stomach were  bigger than ever and I started to freak out. Soon my race was called out and I reluctantly stood up and shakily walked onto the school park. I was wishing this horrible day would end so I could go home and relax, but sadly that was not the reality I was facing. Adelene and I  began to slowly walk onto the field, savouring every moment of not running.
By Vida Gerard

What a beautiful day it was on Monday for our school cross country. We felt confident that the students had completed a lot of training, as well as had a walk through of the course, so were well prepared for the race. The teachers were very impressed with the participation level and were so proud of all of the students for trying their hardest and giving it a go.

Congratulations to those students who finished in the top 6 for their year level, and have qualified for the Zones cross country. Good luck!

This term we have changed our CCC topics. The students (in their home group) have a 30 minute lesson each week with each teacher:
Katie - Library
Tracy - Culture (NZ culture and then on to other cultures)
Gayle - Well being/mindfulness
Steve - Music
Rae - Coding

Winter Sport starts on Friday 17th of May and continues each Friday until mid-August. Winter Sport is an optional event. While there is a competitive element to Winter Sport, the primary focus is on fun and participation. Many thanks to the parents who are volunteering their time to coach and manage teams; we couldn’t offer this opportunity without your support.

Children who are not participating in Winter Sport will participate in an alternative sports programme at school.

Football, hockey and netball games will be held at Hagley Park while hockey will be at Nunweek Park. The children will travel to their games by bus and a request for a donation to cover this cost will be added to your child’s account.

Children will be provided with a polo shirt, football shirt or netball dress to wear for their games. Hockey players will be provided with a stick if they need one. On Winter Sport days, children may come to school in their sports uniform provided that they also have a red fleece or senior jacket that they can wear over the top whilst at assembly. Netball players should come to school in their school uniform and get changed at morning tea.

On occasion, winter sport may be cancelled due to bad weather. This call is not usually made until 10:30 and so children should come to school with their gear even on days when the weather looks dubious.

Gear List
The following gear list has essential items that your child will need every Friday. It is a part of their commitment to their team that they come prepared each week. Failure to bring items may result in your child being unable to play.

Netball
Hair must be tied back and nails kept short

The children will return to school in time for the end of the school day.

Staff Only Day on Monday 20 May

A reminder that the school is closed on Monday 20 May, week 4, due to a Staff Only Day.

Posted by Tracy Inwood at 4:19 pm No comments: